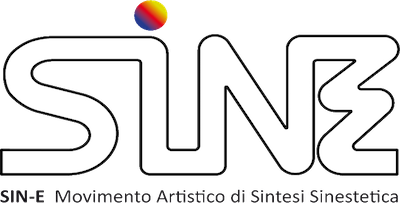 The Movimento artistico Sin-E was founded in 2010 by the artist and composer Max Ciogli Max Ciogli and the musician, composer and painter Marco De Biasi. The founders saw a need to outwardly communicate their experiences gained within artistic expression, and for a declaration of the codes and language that comes with it.

The 1900s was the century of the impossible that has proven possible: it deceives and teaches us. In the age of the "new Baroque" where the contamination (and its subsequent fusions) of the arts occurred inordinately - feeding the need and delirium to be the first to colonize something, thus rendering historical what probably will never be remembered (or at least not remembered for what it was meant)-, art appropriates and gives in to the instrumental use of the medium through that technology created to make the world easier, as a result making it so much more difficult. It is therefore herein that our challenge lies. Technology, special and ephemeral, must once again be made useful to the artist and to the achieving of his or her real objectives.

Sound and color. Painting and music. Images and movement. The world nourishes the artist, who in turn creates a new idea of world.
Every vibration produced by the surrounding world, once artistically perceived, is absorbed, metabolized and regenerated by the artist's spirit creator in any number of artistic forms. If the artist perceives the vibrations of the world mainly through his will, they will then be transformed into the art of movement, shaping the either inert or corporeal matter through space and time, action and evolution.
However, he or she who is able to perceive the real, especially through the act of listening, will transform reality through the art of colors, because they belong to the sphere of feelings, desires and passions. Finally, the artist who is able to perceive the world in its essence through thought transforms movement and feeling into something that is totally immaterial yet still delicately and artistically tangible. Such an instance gives birth to the art of sound, within which the true soul of the composition can manifest.
The will to give life to feelings and thoughts lies in human ingenuity, and its final outcome is technological development, which provides the means necessary for the realization of ideas. Technology is therefore man's creation and, as such, is a worthy artistic element.

There is no case in which fine lines are drawn between wanting, feeling and thinking, but only cases which emphasize, from time to time, one of these three forms of interacting with the world, to such an extent that they can turn into a particular art form: motion, color and sound. In no event shall technique, whether mechanical or electronic, be excluded from the artistic process.
Every art has its own peculiar characteristics which clearly distinguish it from others, but it is not possible to indicate precisely the point at which one artistic form ends and another starts.
It is however necessary to reflect deeply on the path that leads us to separate the artistic fields just as it is necessary to understand the reasons that permit them to be merged.
Music belongs to the world of sound, while painting belongs to that of color however, there is no denying that the particular features of gesture and movement typical of dance belong to both the former and to painting, in particular when it comes to instrument timbre and harmonic color. Similarly, in painting terms, one can talk about chromatic harmony, in this case using purely musical terminology, as well as a painting technique typical of any painter, alluding to elements pertaining to the theatre and, in general, the arts of movement. Again when one refers to sculpture one speaks, using the same terminology, of harmony of forms, of light and dark, and vibrant light.
It is therefore clear that color, sound and movement represent three apparently distinct forms in the expression of art and concepts that it magically embodies. History teaches us to keep them separate one from the other, but somehow the time has arrived to understand and to demonstrate that they are intimately connected and that one cannot exist without the other..
This is therefore what Movimento SIN-E proposes. .

The main objective of the SIN-E research group is to investigate the relationship between sound, color and motion, the latter intended both as a real body gesture and as a physical act directly translated and transformed into graphic signs or sculpturally shaped material.
The SIN-E group aims to explore and identify that third world situated between the two hemispheres (sound and vision) that averts us to its presence and which it wishes to prove exists.
The group's name evokes a process we have defined "sintesi- sinestetica", namely that process through which multiple senses, each via their own peculiar characteristics, are synthesized into one, striving towards complete and total artistic expression through any means permitted by technology.
The SIN-E group aims to bring synesthetic thought back into a movement that renders artistic activity as information, a message, and that divulges its contents wherever there may be a new possibility of thinking about and perceiving the outside and inside world.
The SIN-E group will host readings, events, demonstrations, compositions, forays and activities that will be aimed at testifying to a "universal awareness movement" contextualized in this historic period.
Anyone who is fairly open, aware and who listens directly to sound, color and motion, will synaesthetically perceive their belonging to the same matrix.
It is therefore the duty of art to express this relationship and that of the artist to make it obvious to anyone who is not yet able to perceive it. 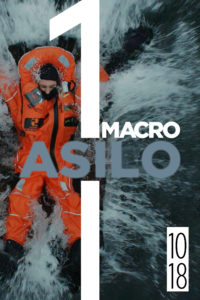 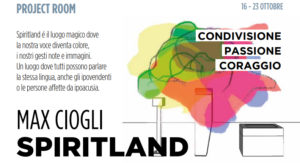 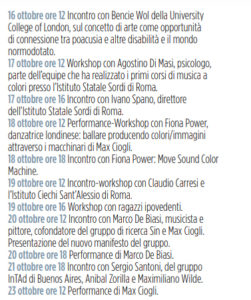 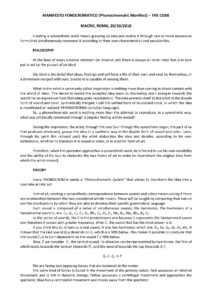 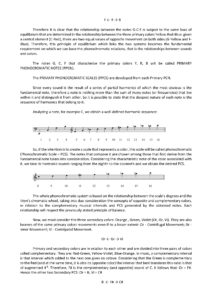 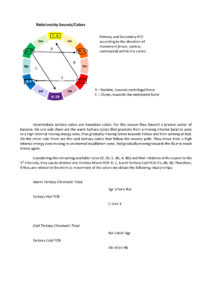 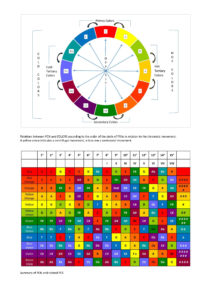